In Denmark, you CAN’T name your baby whatever you want to. You need to choose a name from a pre-approved list of 7,000 names, out of which about 4,000 are reserved for girls and others for boys. If you want to go for a name outside the list, then you need to get special permission from your church first, followed by an approval by the government.

The country has one of the stringent rules in the world concerning the first and last names. About 1,100 applications for name review are received by the government each year out of which 15 to 20 percent are rejected. Often, it may be weeks or even months before your baby finally gets an approved name. 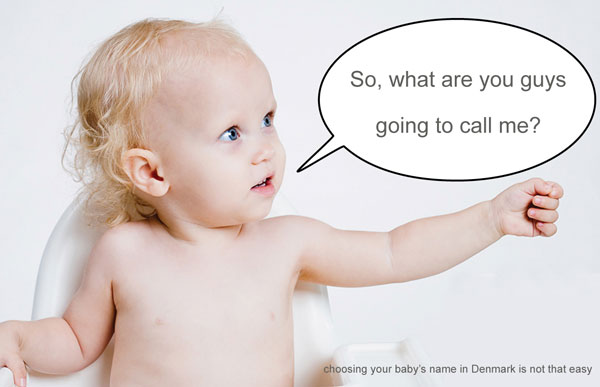 So, why is Denmark so strict with names?

It is to protect the innocent children from the burden of ridiculous and silly names. The government does not want the children to suffer due to a wrong choice of name made by their parents. Denmark values sameness as against uniqueness and usefulness as against frivolousness. Going by this principle, you should feel like anybody else in the country; neither should you stand out from others nor should you consider yourself better than others.

The law was initially intended to protect Danish surnames and bring order to them. But in 1960s, there was a big controversy over the first name Tessa, which almost sounded like tisse, which in Danish means to urinate. After this, the law was broadened to cover first names as well.

Other countries with baby name restrictions

Apart from Denmark, there are several other countries in the world where State regulates a child’s name; prominent among them are New Zealand, Germany, Spain, Norway, Iceland, Portugal, Sweden, and Japan. But Denmark is the strictest of them all.