Did you know that there are more chickens in this world than human beings? The human population of the world is about 6 billion whereas the number of chickens slaughtered each year alone is about 8 billion. In 2002, there were 15.9 billion chickens on the Earth, which happens to be twice the number of humans in 2010. So, how many chickens are there in the world? As per United Nations’ Food and Agriculture Organization, the average number of chickens worldwide is about 19 billion, i.e. 3 chickens per human. 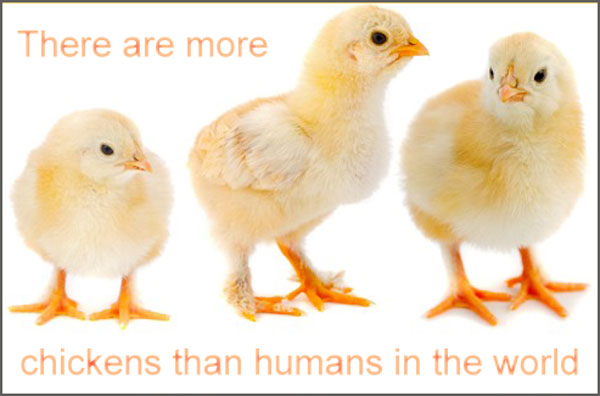 China, the most populated country in the world also happens to be the country with highest number of chickens; there were about 4 billion chickens in China in 2002.

Other interesting facts about chickens: